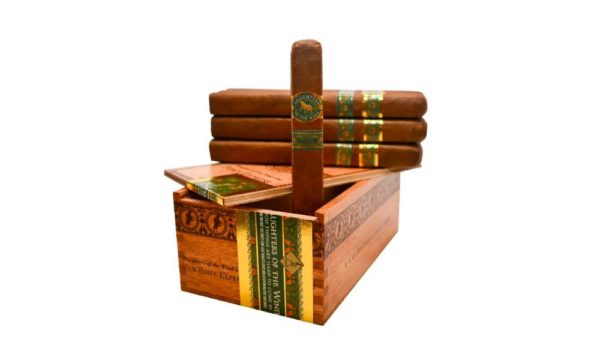 Small Batch Cigar in collaboration with Casdagli Cigars launches limited edition cigar based on the Daughters of the Wind Line. The new blend is called Pony Express, a nod to fast shipping and fantastic service provided by Small Batch.
It will be officially launched on the 13th of November as part of Casdagli Cigars’ USA tour of 2019 at the Maxamar Ultimate Cigars lounge in Orange County, California.

“Small Batch Cigar is honoured to work with Casdagli Cigars on this bespoke project. The care and enthusiasm from both Jeremy and Vlada have for the brand made the year long creation process both seamless and exciting.” says Andrew Considine of Maxamar/Small Batch.

Pony Express is priced at $16.99 per cigar and will be exclusively sold at Maxamar Ultimate Cigar Lounge located in the City of Orange, California and through their online storefront:   www.smallbatchcigar.com
The production of these limited edition cigars will be restricted to 4,995 units available in 333 boxes of 15.

For more information, please feel free to reach out to:
andrew@smallbatchcigar.com or Vlada@casdaglicigars.com